This morning I am listening short video by Joseph Prince. It is called Breaking Point addiction through Grace it’s 12 minutes long. I can say for myself it’s good.  He touches on several scriptures and makes some very valid points that I’m going to share.  It is probably not anything that you have already heard, maybe a different twist.   The first one is
1 Corinthians 6:18 flee sexual immorality.   every sin that a man does is outside the body, but he who commits sexual immorality sins against his own body. 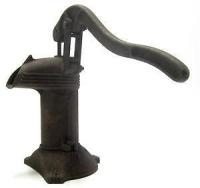 It has been proven that overtime long term viewing of pornography will actually put a groove in your brain. Picture one of those old hand cranking well heads from the 1800s that constantly drips over and over 50 or 60 years it actually wears a Groove in the concrete something as innocent as water.
1 Cor 6:17 In our union with him we are one spirit with the Lord. 6:18 Flee fornication. Every sexual sin is a violation of the sacredness of the human body and scars the conscience of the individual like no other sin does. (The best way to escape temptation is to remember who you are.)
THE MIRROR
When I think about the scars…….. I still have pornographic images in my mind from the 7th grade they just won’t go away.  Certain scenes from pornography I viewed in the 80s that will not go away.  I have scars on my physical body that have gone away but the sexual sin is in your brain.  I have been prayed over and I prayed about this.  One day they won’t be there but today they are,  so when they come back I have to take those thoughts captive.
Gen 39:10 — Gen 39:12
And as she spoke to Joseph day after day, he would not listen to her, to lie beside her or to be with her.
But one day, when he went into the house to do his work and none of the men of the house was there in the house, she caught him by his garment, saying, “Lie with me.” But he left his garment in her hand and fled and got out of the house.
As I look this scripture over she spoke to him every day about him sleeping with her.
He chose to not listen and finally when it got to the point where he could not take it anymore he ran!  He fled! He knew what he needed to do before the Ten Commandments were even written. And in his heart, he knew what was right and what was wrong.
So, I wonder did Joseph put confidence in his flesh? And when the Temptation got so strong he ran?
I believe that he knew the difference between wrong and right so well,  that he knew exactly where he stood.
When you make up your mind your unmade mind will not un-make you

I just follow Jesus, what else is there? View all posts by Kee